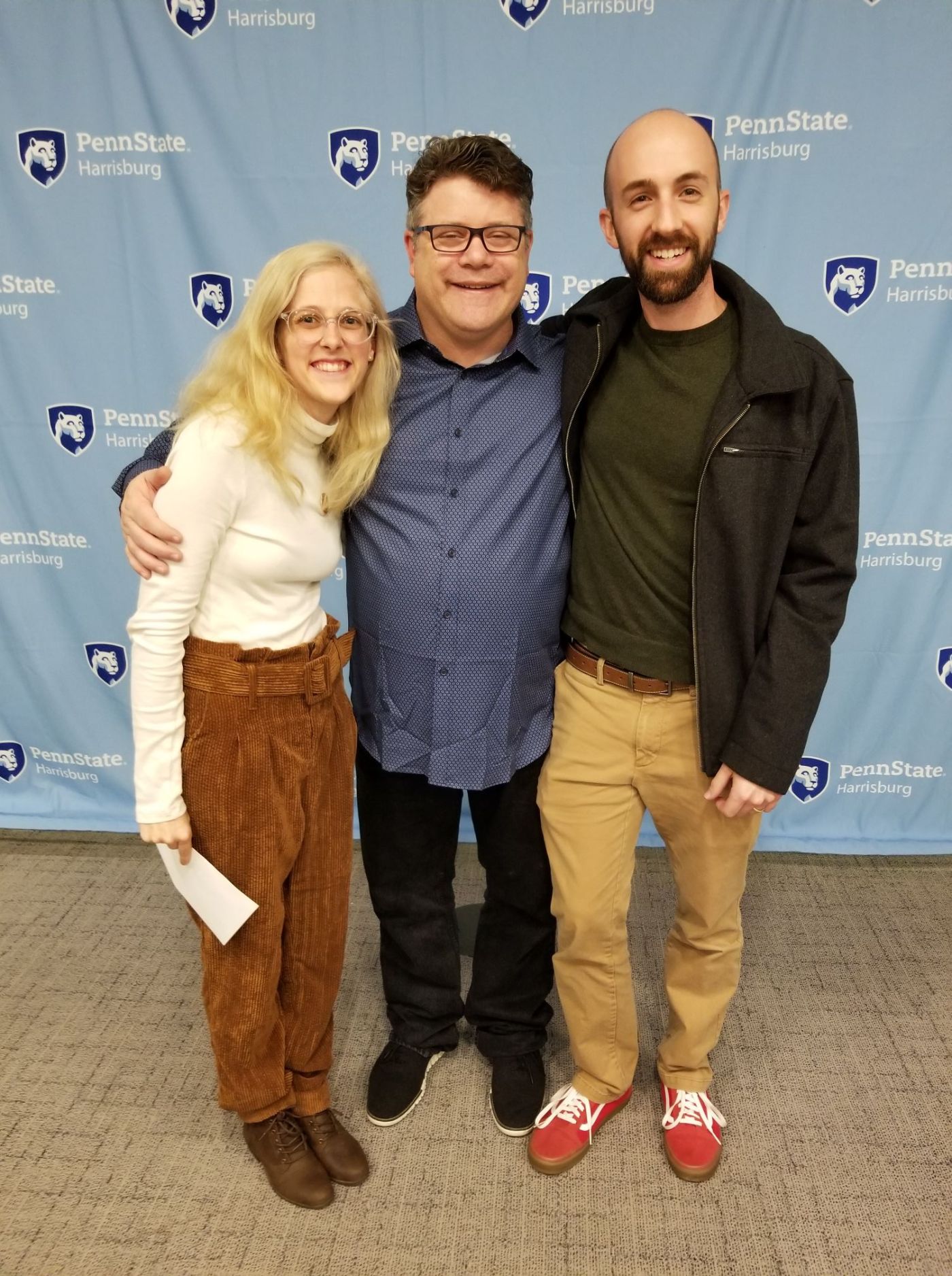 As many of you know, last night Ben and I had the honor of not only hearing Sean Astin speak but meeting him and hugging him. I also totally gave him a note that said, “thank you for all you do. Shame about Bob. Here is my blog…” so maybe he will read this. Also, Ben came up with writing the shame about Bob part and Sean laughed so Ben has officially made a famous person laugh which might actually rank higher on his life accomplishments than marrying me and I’m totally ok with it. Sean is a treasure and yes, his hugs are as comforting as you would think Samwise Gamgee’s hugs would be.

All joking aside, Sean spoke about his journey through childhood with a mother who struggled with bipolar disorder. I really appreciated his openess and willingness to speak candidly about mental illness. As soon as he started talking about his mother being bipolar I froze up. Well, I guess I just tensed all the muscles in my body including the one holding Ben’s hand, sorry Ben…  Why did this make me so tense?

I’ve been struggling for the past year about if I would be fit to be a mother. I’ve ALWAYS wanted to be a Mom, long before I even knew I had bipolar disorder. It’s debilitating. I have “episodes”, Sean called his mom’s “freakouts” either way, there are times when I am quite frankly, unstable. Ben, my parents, my sister, all of us have spoken about this. I’ve prayed about it. I’ve asked Daisy for her opinion which is usually a big yawn followed by a nap. I think it’s one of those things I panic and laugh about and just say, “haha, yeah I’ll be a bipolar mom…”

Sean spoke of the bad times which obviously will happen to anyone who has a family member struggling with mental illness. That’s not what got to me. I’ve gone over the possible bad times in my mind over and over again. What got to me was the good stuff he recalled about his mother. He said he never had to question if his mom loved him. He knew she did because he knew she felt more than anyone else around him. He spoke about how sunsets were way more intense to her, the life of a butterfly. She experienced life on a different level and he was able to appreciate and learn from that.

It basically made me realize that yes, I will have really crappy times as a Mom, times where Ben will have to take over so I can go yell quietly into a pillow. I am confident that together we will manage the bad crap. What I am looking forward to is helping my child live those intensely good times through me too. I’m sensitive and I can’t wait to teach my child that being sensitive is ok and sometimes even good.

Plus, when I told Sean we were trying to start our family and I have bipolar he was totally supportive so I basically got his blessing to have a baby.